From Nara Period to the Present

During the reign of Emperor Jinmu (the first Emperor), Miwa Myojin is said to have been enshrined here. ‘Takeminakatatomi no mikoto’ is the deity worshipped at Suwa Shrine (in Nagano prefecture).

The people who migrated to this region at that time was called Miwa Clan. They engaged themselves in agriculture, and developed a beautiful farming area.
Miwa was once called Oomiwa-go back in Nara period.
The traces of the alloted rice fields (Kubunden) and the record of Hachiteiba Kenjo (Eight species of horses indigenous to Japan dedicated to the deity) also reveal the history of Miwa. These settlers are said to be the ones who built Miwa Shrine.
Today, there are many place names and surnames in Mino Region attributable to the people of Miwa clan, such as Miwa-go, Miwa Shrine and Miwa families.

In the Middle Ages, during Shinbutsu Shogo (the syncretization of Shintoism with Buddhism), Miwa Shrine was widely worshipped as the guardian deity of Tendai school Buddhism. A record says Dengyo-taishi (or Saicho 767-822) visited this place by the accompaniment of members of Miwa clan, and founded Kegon-ji Temple in Yokokura, Tanigumi. A buddhist image of this temple was donated to Enryakuji on Mt. Hiei for its reconstruction, after it was burned down by Oda Nobunaga.
Buddhist monks of Kegon-ji Temple offered a Daihannyakyo (Mahaprajnaparamita-sutra) invocation evey year at the Hall of Worship of Miwa Shrine until the two religions were separated again after the Meiji Restoration. The shrine still holds a handwritten Daihannyakyo (Mahaprajnaparamita-sutra) from the Northen and Southern Courts period dedicated at that time.

The shrine precinct was originally build on the hillside of Mt. Jodai, and it was later relocated to the present location by the then local lord, Horiike Chiyojumaru during the Warring States period. At the beginning of Edo period in 17th Century, a large-scale rennovation was performed by Nishio Bungonokami Mitsunori, followed by additional buildings under devoted protection by the subsequent lords such as Okada family.

Kojiki (Records of Ancient Matters) and Nihonshoki (Chronicle of Japan) state that Omononushi no Okami has a multi-faceted power, as founder of the archipelago of Japan, the god of dispelling epidemics and the god of brewing sake, etc. “Mono” for Omononushi is generally considered as spirit, and Omononushi is the controller of various spririts, whose divine virtue covers a wide range of people’s lives.
Omononushi is also called by number of other names, such as Okuninonushi, Omunamochi, Yachihoko no kami and Kakurio no Okami. This fact alone tells how much this god is worshipped by many people.
Nowadays it is commonly worshipped as Daikoku.

Omononushi no Okami is the god of building the land of Japan.

Omononushi no Okami is the god of building the land of Japan, who is also a guardian deity in prosperity of industries including agriculture, commerce and industry, and it also encompasses various aspects of people’s lives, such as safety in the family, traffic safety, dispelling evils, averting unlucky directions, healing illness, and brewing sake.
It is also the god of ground who extends its divine virtue in ground-breaking, start of work, purification of the house and so on.
Please refer to the page outlining Ceremonies. 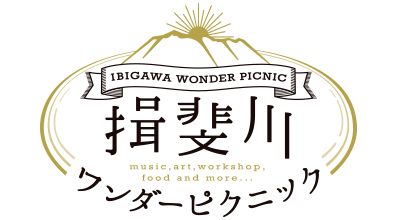